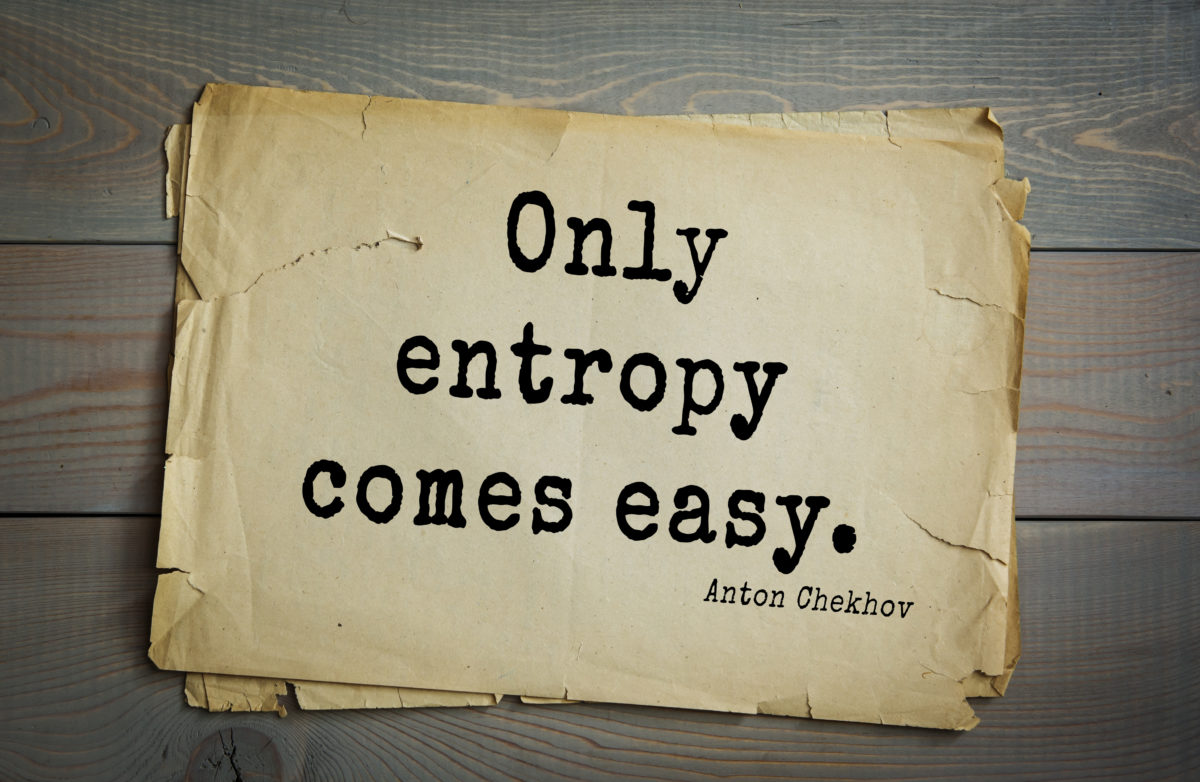 True in the physical world, but man is it ever true in the organizational world. Peter Drucker describes organizational entropy this way, “Only three things happen naturally in organizations: friction, confusion, and underperformance. Everything else requires leadership.”

Friction, confusion, and underperformance … That’s organizational entropy at work. And its antidote? Leadership, not leaving things to their own devices.

Effective leaders resist the rising tide of organizational entropy. They mount a constant and continual campaign against the status quo and defy the slide to decay by a relentless drive to be the very best.

Here’s how you can be this kind of leader in each of the three areas noted by Drucker above:

1. The Antidote to Friction? Collaboration

Put more than one person in a room for any length of time and you’re going to have friction. No surprise there, right? It happens (all too) naturally, as Drucker observes.

What’s a leader to do? Here are three steps of action:

I once had a friend who told me with a straight face that he had never had a fight with his wife (as if that was a good thing). He still maintains that’s true years later. I didn’t believe him then, and I don’t believe him now.

Friction is part of any relationship. It tells us that two independent adults exist with their own unique perspective and their own defined ways of doing things. Friction bears witness to us that these wonderful differences are alive and well, and that’s a good thing, because …

Second, don’t waste friction. Here’s the really good thing about friction. When two or more independent adults exist with their own unique perspective and their own defined ways of doing things, it allows Option A to collide with Options B and C, generating Options D, E, F, and G. Ideas that would have never come into being apart from friction.

It’s your job, then, as a leader to facilitate this process so friction doesn’t contribute to organizational entropy but is transformed into something that makes it better and stronger: innovation and creativity. In short, collaboration, iron sharpening iron.

Third, don’t add to friction. Finally, in the process of leading your people through friction to innovative solutions, don’t pour gas on the fire. Your job is to create collaboration in friction not contribute to it. This means keeping your cool in conflict, managing your emotions so you don’t make organizational entropy worse.

2. The Antidote to Confusion? Clarity

Except you’re not laughing, because that’s your life as a leader almost every week of every year. You ask someone to direct someone else to do something. But it doesn’t get done, or at least not in the way you explained it needed to get done. In fact, the exact opposite actually occurs. Confusion.

The antidote to this confusion is clarity. The problem is, we think we are being clear, when in fact we are not, and re-live the telephone game over and over again. This is because most of us don’t know how clarity works.

John Kotter in his classic work, Leading Change, gives this advice to leaders: over-communicate by a factor of ten. “The most carefully crafted messages rarely sink deeply into the recipient’s consciousness after only one pronouncement. Our minds are too cluttered, and any communication has to fight hundreds of other ideas for attention.”

What’s his solution to the entropy of confusion? Creative repetition, “A sentence here, a paragraph there, two minutes in the middle of a meeting, five minutes at the end of a conversation, three quick references in a speech—collectively, these brief mentions can add up to a massive amount of useful communication.”

3. The Antidote to Under-performance? Accountability

Most leaders I know get accountability all wrong. They see it as a hammer, a strong-armed tool of enforcement to get people to comply with management mandates. I’ve even heard nonsense like, “HR won’t let me hold my people accountable!” Really?

My response is this: You don’t understand accountability. Let me explain …

I joined a fitness club this year called Orangetheory. Orangetheory is all about helping people get in the best shape of their lives. They address rampant underperformance in America in this area, with—you guessed it—accountability.

But it’s a different kind of accountability than what we’re used to.

I work out in a class with other people, who, like me, are serious about getting in shape. We high-five each other during the session and encourage each other to give our very best in the workout. Each class has a coach who does the same. He or she plays loud, upbeat music, provides instructions on the exercises we’re doing that day, and pushes us to (again) give our very best in the workout.

Then there’s the band strapped to our arm with heart rates on display for all to see. Points accrue for exercising at a heart rate of 85% of maximum or greater, the orange zone as it’s called, and we make a game out of getting as many of them as we can.

To make things even more exciting, the club has special events throughout the year. There’s Hell Week (working out every day the week before Halloween), Orange Everest (increasing the incline of the treadmill during a session to the steepest setting and then going back down again), and The 12 Days of Fitness (12 different daily workouts with prize drawings at each one) just before the holidays.

This is true accountability. It’s fun, inspiring, challenging, and most of all extremely effective. No permission from HR needed. The perfect antidote to organizational entropy.

Yes, I know as a leader that it often feels like you’re fighting an uphill battle. That’s because you are. “Uphill battle” is another way of describing the work of leadership, keeping things from moving into a downward slide from order to disorder.

Do these and you will do well.

4 Keys to Creating a Culture of Accountability in Your Company 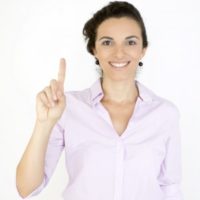 Culture: The One Thing That Changes Everything

Nail Your Next Presentation: Tell a Great Story

Once a Year is Not Enough: 3 Incredibly Simple Ways to Thank Your People