You know you need to give many of the things you’re doing to others to do.

You know if you don’t delegate more, you’ll end up drowning as a leader in a sea of endless work.

And you know if you don’t develop your people, you’ll never move forward in the organization, forever being labeled as one of “those” managers who doesn’t trust their people.

You know all this, but you haven’t been able to do it. The plain honest truth is that you stink at delegation.

After over a decade of working as a consultant with leaders just like you, I’ve discovered three reasons why delegation is such an elusive skill. The problem is, no one’s talking about these reasons. So let me solve that problem right now.

Here are three surprising reasons why you stink at delegation:

1. You stink at delegation because you’re using work to meet your ego needs

Say what? That sounds like a bunch of psychobabble. Using work to meet my ego needs … give me a break!

Stick with me, however, and I’ll prove it to you.

That backfires, however, when we’re put into leadership.

The secret to successful leadership is not doing things yourself, but making sure things get done. This is no mere exercise in semantics. Without exception good leaders get things done through others, not doing those things themselves.

But if working hard is what you do to feel better about yourself, you just can’t bear to give something to someone else to do. It’s your drug of choice and you’ve gotta have your daily fix. See the dilemma this puts you in?

Here’s my first piece of delegation advice: Have a life outside of work. Get your ego needs met in ways other than your job. You’ll then have the emotional clarity to be able to give stuff to others to do because you don’t need to do those things to feel better about yourself, you’ve got your family, friends, and faith for that.

And, surprisingly, you’ll get more done as well.

I once watched a very successful, hard working leader reach the point of her retirement, hire her successor (the ultimate act of delegation), only to use her position on the governing board to have that successor fired and return to the organization.

Because she had given her whole life to the organization, including choosing it over her marriage, and upon retirement had nothing to live for. The only logical thing was to come back to the organization as its leader, in spite of their succession plan.

If this leader, however, had a life outside of work, retirement, while an adjustment, would have been the next chapter in a fulfilling life.

2. You stink at delegation because you rush the process

The problem is, when we don’t think through delegation until it’s too late, we sit down with a poor, unsuspecting soul and give them a long list of things to to do. That’s not delegation, that’s a drive-by  shooting.

When you use delegation thoughtlessly in this way, you rush the process and it doesn’t work.

Get ahead of the curve. Identify the tasks you want others to do. List the steps involved in completing those tasks. Find the people with the skill set that’s the best match for completing them. And walk those people through the process until they’ve got it down.

You don’t have the time for that, you say?

I maintain that you don’t have the time not to do this. It takes infinitely less time to prevent a fire than to put one out. Get in front of the delegation process and put a plan in place that keeps your business, and your life, from burning to the ground.

3.  You stink at delegation because you get buyer’s remorse and take it back

There are two reasons why this happens:

Reason One: Willing but Not Able

Sometimes buyer’s remorse is perfectly justified. We buy something we don’t need or charge something we can’t afford, and then realize our mistake. The act of purchasing the item brought a sense of clarity we didn’t have previously.

Sometimes when we take that final step of delegation, completely handing over something to someone else to do, we realize we’ve acted prematurely. The person is willing to do the task, but they’re just not able. At least not yet.

No problem. Return to the delegation process outlined above and fill in the gaps. Then release them once again to act on their own without you.

Reason Two: Able but Not Willing

This second reason, however, we get buyer’s remorse in delegation is the real killer of it. It’s the story of the failed succession plan I related earlier. The person you’re delegating to is able to do the task, you’re just not willing to let it go.

It’s at this juncture that you must realize that your calling as a leader is to serve the organization, not yourself. And serving the organization means developing its people and training them to excel on their own apart from you.

The great irony in leadership is this: The way up is down. As you learn to be a leader that truly leads, not just using your position to meet your ego needs, you become more valuable to the organization. You can be trusted with most any project in it because you’ll make it work apart from dependence on you.

These kind of leaders are worth their weight in gold.

Five Reasons Every Leader Should Keep a Journal 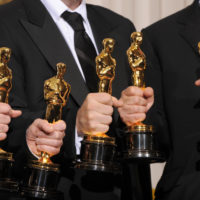 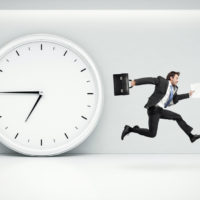 Three Powerful Steps to Make the Most of Every Day