My favorite scene from one of my favorite movies, Master and Commander: The Far Side of the World, takes place takes below deck in the gunnery section of a 19th century man-of-war.

Russell Crowe’s British sea captain, Jack Aubrey, is preparing his men to attack a bigger, better armed French privateer. Literally outgunned and outmanned, the crew of the H.M.S Surprise is drilled by their captain in firing efficiency and accuracy.

Aubrey has determined that the Surprise’s guns must be loaded and fired in less than two minutes to defeat the enemy. They time themselves, and the results are dismal. So over and over again the crew fires their guns and gets their time, fires their guns and gets their time. Until finally they break the unheard of two-minute barrier and the dirty, grimy, sweaty, exhausted men explode in thunderous cheers. Aubrey lavishly praises his crew, who swell with pride, and doubles their ration of rum for the day.

I’ve played this scene for many of my clients and discuss these essentials for creating a culture of accountability in their companies:

There are a lot of things that could have been measured on the H.M.S. Surprise, but there was one number that mattered above all: two minutes. If they couldn’t load and fire their guns in less time than that, nothing else mattered. All would be lost. Here in a very clear and succinct way the crew knows what exactly it takes to execute successfully. Do you provide your people with this kind of clarity?

I’m convinced that most leaders do not bring strategic focus to their business and drown their employees with endless detail, making the path to execution incomprehensible. Every position within your company and every person in every position within your company must know with certainty what their “two minutes” is. That is, what number, percentage, ratio, or multiplier is central to their success. Not everything is covered in this number, of course, but that’s not what makes it critical. It’s critical because it’s core to the business and predictive of future success.

It’s not enough, however, to have a critical number for your business. You must also track it. Here, too, the H.M.S. Surprise teaches us how to create a culture of accountability. Watches are pulled out and seconds are counted, over and over again. Bad news is received without blame and good news is celebrated joyously. And here is a most important point: it’s done in public for all to see.

The public nature of keeping score is essential to creating a culture of accountability. Most people have no idea what’s really going on in the companies they work for. Inexplicably, management keeps vital information under wraps, like a closely guarded secret. But I believe and ill-informed employee is an ill-armed employee. You don’t have to divulge confidential data, but let people know the key numbers that drive the business and ongoing performance against those numbers on a regular basis in a very public way. What you’ll receive as a result is an enthusiastic, inspired workforce.

What strikes me most about this scene in Master and Commander is how much fun everyone is having. Yes, they are working hard, but they are also enjoying themselves. The men are hooting and hollering, clapping and cheering. And at the end of a very long day, they are praised lavishly and rewarded generously.

Accountability must never become a way to brow-beat people into submission. It’s a way to have fun. That’s why we like playing games, because we keep score and know when we win. The shooting competition we witness here, however, is not one man competing against another, but the entire team competing together against a seemingly impossible goal. Winning this way as a team is the most fun of all.

Between firings, as the crew gets closer and closer to the two-minute target, Jack Aubrey shouts to his men insulting wisecracks about Napoleon and the hated French. They shout back with equal vigor. What’s going on here? Vision casting. All metrics must be given deeper meaning or enthusiasm around measuring them will wane. It’s a pain in the neck to beat the two minute timer, but worth it to defeat the enemy.

Purpose fuels passion and is the intention that drives the intensity that’s needed to achieve world class results. Without a deeper cause and an abiding commitment in your people to to fulfill it, accountability quickly becomes an irritant, or worse, coercion. Mercenaries and conscripts don’t win wars, or bring revolutionary products to market.

This is not what you see, however, on Jack Aubrey’s man-of-war. His passion is palpable and inspires the entire crew to possess the same. Creating a culture of accountability is not an outside in model of performance management (The beatings will stop when morale improves), but rather inside out. Metrics make sense because they are the natural extension of the mission, lived out for all to see by the group’s primary leader. 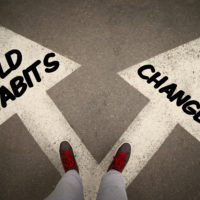 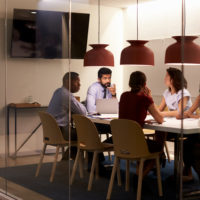 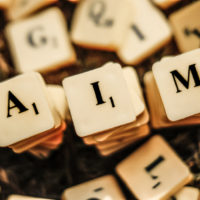 Executive Presence. Got It? Get It!