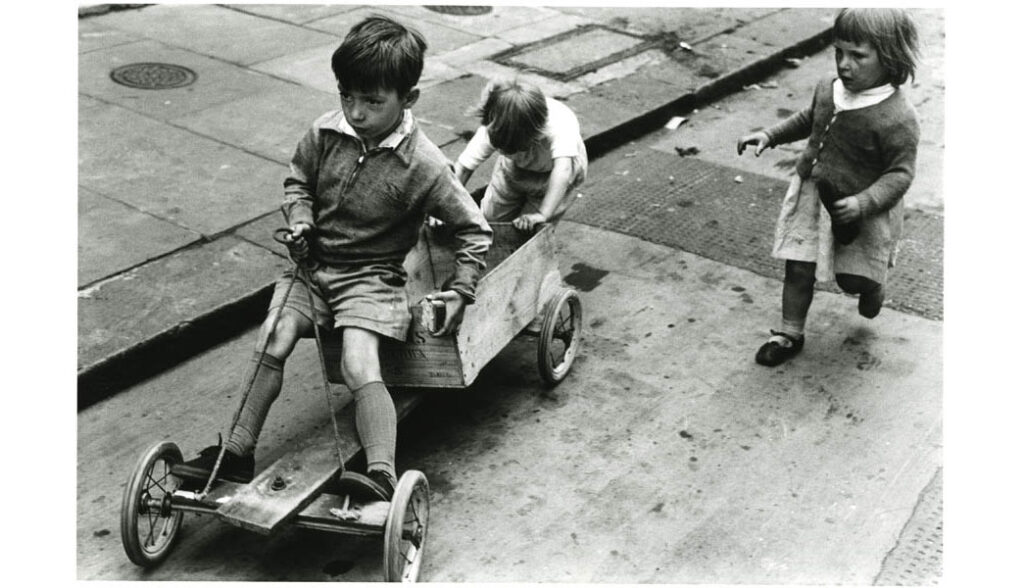 Weehawken, a weird word to be sure, doesn’t mean much to anyone but an unemployed history major. Weehawken is a spit of land along the Hudson River where the careers of two prominent leaders of the American Revolution met their ends, one by death and the other by banishment.

The infamous confrontation between Alexander Hamilton and Aaron Burr, The Duel as it has come to be known, was a breakdown in decorum among the first generation of America’s leaders, whose interactions were a “passionate yet bloodless affair,” according to Pulitzer Prize winning author Joseph Ellis.

But why Hamilton? Why Burr? Why Weehawken? Why such waste? We need only look at our own leadership duels to discover the answer. Escalation.

What Is Escalation and How Does It Work?

I grew up twenty miles from Weehawken on Seventh Avenue in Westwood, New Jersey. At the end of Seventh Avenue stood a tall Catholic church atop a steep hill.

One afternoon, my childhood friend, Steve Barbour, and I drug a homemade go-kart to the church, intent on riding it down the hill. Excitedly, we pushed ourselves off at the top—Steve in front, myself in back—like a poor man’s luge at the Winter Olympics.

Partway down the hill, the front right wheel of our ride started wobbling. It kept wobbling, violently shaking the frame beneath us. Fearing the loss of life or limb, we dove off the go-kart, shredding our hands and knees on the gritty asphalt.

To our horror, however, relieved of the burden of two boys, the riderless contraption sped down the hill, smashing a car at the bottom and impaling itself into an innocent passenger door. Being red-blooded American males, we ran for our lives.

That’s escalation. Once the momentum of our go-kart hit its peak, there was no stopping it. A crash was inevitable. So, too, with Hamilton and Burr. Too many sharp words had crossed between them and too many bitter emotions made their tragic ends inevitable.

The same happens to us in our personal and professional relationships. Daniel Goleman colorfully refers to this as emotional hijacking, where one part of our brain declares a dire emergency and recruits the rest of our brain to fulfill its urgent demands, crashing the cockpit of reason and compelling us to say things and do things that sabotage our leadership effectiveness.

‘”Emotional hijacking occurs in an instant, triggering this reaction moments before the thinking brain has had a chance to glimpse fully what is happening, let alone decide if it is a good idea,” Goleman explains in Emotional Intelligence. “The hallmark of such a hijack is that once the moment passes, those so possessed have the sense of not knowing what came over them.”

How to Prevent Escalation and Promote Deescalation

There are two strategies to prevent escalation from occurring, or, in the imagery of Mr. Goleman, to keep emotional hijacking from taking place.

Strategy One: Before the Wobbly Wheel

The very best strategy to counter escalation is to take action before the wheel begins to wobble. That is, recognize its rise within and not take a walk to the top of the hill.

This means, in non-metaphorical terms, knowing ourselves well enough to sense when emotions are getting the better of us, when we’re keeping score of slights that should be forgiven, or when our souls are being soured by the poison of personal animosity.

Then it means letting all of that stuff go. Fully. Completely. Forever.

As a leader, self awareness and self control prevent angry confrontations from starting, not getting on the go-kart in the first place.

But sometimes that’s not possible. Sometimes, our emotions sneak up on us and jump out in contentious situations. What are we to do then? Deescalation.

Communication expert John Gottman refers to an interaction that begins in a negative, emotional manner as a “hard start.” He’s discovered that ninety-six percent of the time, an outcome of a conversation can be predicted based on what happens in the first three minutes. That’s right. The first three minutes. In other words, if a conversation begins badly, it doesn’t get any better.

His advice? Walk away and try again. In the world of go-karts, this means when the wheel first wobbles, stop immediately. Control your emotional reactions before the momentum of a downward slide damages your relationships. Lead yourself so you have the composure to lead others.

Yes, I know, by now the force of gravity has begun its pull on you, and the surge of your own self righteousness has begun to drag you down the hill. It feels good—as dangerous as that may be—to keep riding the go-kart. Some people, perversely, are addicted to the rush of adrenaline-fueled encounters like these (Watch a White House press conference, and you’ll see what I mean.) But stopping now, in spite of how you feel, will spare you from painful scars and costly consequences.

We’ll never know what even greater contributions Alexander Hamilton and Aaron Burr might have made to our emerging democracy had escalation not gotten the better of these leaders. I’m embarrassed by the moments it’s gotten the better of me and feel foolish every time I replay those sorry events in my head.

But the past is in the past. History that should not be repeated. A future without Weehawken, without a duel, and without a go-kart plagued by a wobbly wheel await