There are laws that run the universe. Not civil laws, but physical laws like the law of gravity.

In the same way there are laws that run the universe of effective leadership. Not management laws, but principles that determine  our influence with people.

It doesn’t matter if you’re the CEO of a large multi-national corporation or a single mom of three, the laws of effective leadership impact you. This is true whether you believe in them or not, just like gravity.

Fortunately, these laws are few and accessible to everyone.

We’re not talking about turning you into the next President of the United States (God forbid!). We’re talking about making you a person of influence with your staff, your vendors, your community, your colleagues, your family and friends.

I’ve summarized these in the following four laws of effective leadership:

1. The Law of Credibility

Like oxygen for breathing, leaders cannot lead without credibility. You cannot influence people who do not trust you. End of discussion. You may be able to order them around or manipulate them to do things for you, but that’s not leading and will not bring out their very best.

“We trust–and follow–people who are real, who are consistent, whose behavior, values, and beliefs are aligned,” write Richard Boyatzis and Annie McKee in Resonant Leadership. “We trust people whom we do not constantly have to second-guess.”

So this is where effective leadership begins. Being real. Being consistent. Having our values define who we are, not just in our words but also in our actions. That’s the meaning of credibility. And credibility allows for trust and respect, the oxygen of leadership, to even exist.

MORE: What Kind of Authority Do You Have as a Leader?

2. The Law of Clarity

Based on credibility, you’re beginning to build effective leadership. Congratulations! Most leaders never get this far with their people.

Are you ready for the next law? Now you must know where you’re going. This is the law of clarity.

Clarity in leadership must exist on two levels for it to be effective: vision and execution. Or, as I like to refer to them, the forest and the trees. In other words, you must be able to see the forest, the big picture, to be able to lead. But you must also be able to execute day to day, working in the trees, or you’ll never get anything done.

Vision (the forest) without execution (the trees) fails to deliver any of its promise. It paints a picture of glorious blue skies, but lacks the hard work of digging in the dirt.

Execution (the trees) without vision (the forest) is all hard work with little insight or inspiration. It doesn’t have a broader context with which to frame that work or a higher cause that work is serving.

You can motivate people through vision, but without execution even the most inspiring motivation will wane as people get the distinct feeling that the dream will never actually become reality.

You can organize people through execution, but without vision even the best organization fails to cross the finish line. This is because humans beings, who are creatures of emotion, need a sense that what they are doing actually makes a difference.

In other words, every plan needs a dream to empower it, and every dream needs a plan to complete it. You can’t choose between heads or tails on this one. You’ve got to have them both for effective leadership. That’s how the law of clarity works.

3. The Law of Collaboration

“Does not play well with others,” is a troubling epithet on any first-grader’s report card. We’re adults now, though. We’ve grown up. We know how to get along with people. Right?

Essential to effective leadership is “playing well with others.” What I mean by that is the ability to give and take, to speak and listen, to assemble a team that works together and not act like the Lone Ranger.

What I find happens with most leaders is that they swing between two extremes when it comes to working with people: confrontation and accommodation. In an attempt to get things done, many leaders assert themselves and become confrontative at every turn.

They speak up and assert their point of view, but let others speak up as well in open dialogue, discussion, and even debate. There is mutual respect and mutual give and take. This collaboration builds consensus, and consensus builds the camaraderie that any team needs to win in a competitive environment.

MORE: Why I Hate the Words “Buy-In”

At the end of the day, better decisions are made and a better business is built because other people have a role in the process, not just one person. As the Bible puts it, “Iron sharpens iron.” That’s the collaboration that leads to more effective leadership.

4. The Law of Encouragement

For those of you who don’t like headings that all begin with the same letter, you’ll like like the fact that this fourth law starts with an E. But look again, encouragement simply means “to fill another person with courage” (And yes, courage starts with a C).

A survey of millions of American workers conducted by the Gallup Corporation discovered that 65% of them received no praise or recognition for the work they did in the past year. That’s right, for two-thirds of the workforce a whopping 52 weeks went by without any affirmation. It’s like we’re saying to our employees, “I told you I loved you when I married (hired) you. If it changes I’ll let you know.”

MORE: Once a Year Is Not Enough: 3 Incredibly Simple Ways to Thank Your People

Is this what it’s like working for you? No praise given for work well done? No thanks offered for extra effort? No recognition awarded for accomplishment? No wonder your leadership effectiveness is waning with your people.

Here’s the crazy thing: praise is free! Bootstrapping entrepreneurs working on a limited budget have just as much access to this resource as the largest corporation.

It costs you nothing to thank someone and merely a stamp to send them a hand-written note. Giving a team member a standing ovation at a weekly staff meeting for going the extra mile doesn’t waste a single dollar. Yet all of these things are very, very powerful means of encouraging your people, and the lack of them undermines effective leadership.

“Because of its power, ridiculously low cost and rarity,” Gallup researchers Rodd Wagner an James Harter write in 12: The Elements of Great Managing, “praise and recognition is one of the greatest lost opportunities in the business world today.”

Credibility. Clarity. Collaboration. Encouragement. Get the laws of effective leadership working for you. 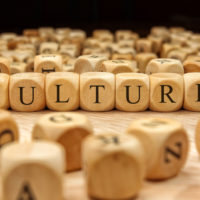 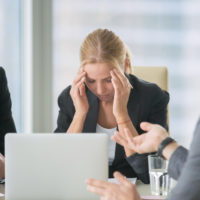 Why Start with Why and The Power of the People Pyramid