True grit, as it turns out, has an official definition.

Not the one given by the 1969 movie where John Wayne won his only Academy Award, or by the recent Coen brothers’ re-make. The grit young Mattie Ross found in the aging “Rooster” Cogburn was an ability to stand up to bad guys and shoot a gun. Important, maybe, in the wild, wild west, but not helpful for today’s business marketplace.

So Dr. Angela Duckworth and her research team at the University of Pennsylvania have performed an incredible service by giving us this succinct–and profoundly useful–definition. True grit is “perseverance and passion for long-term goals.” Grit is courage, not just in the moment but sustained over time, in the ongoing pursuit of challenging objectives. And, according to research, it outperforms both talent and intelligence in activities as diverse and graduating from military school and competing in the National Spelling Bee.

The team identified 17 distinct elements to the perseverance and passion for long-term goals. Some of these are predictable, like not being discouraged by roadblocks or setbacks, having a strong inner drive, and working hard. Others I found surprising, like enjoying the latest and greatest innovations and having an array of outside interests. Turns out, while these things may make you a better cocktail party guest, they distract you from achieving long-term success. How gritty is your grit? How gritty is your grit?

Go to the web site and take the Grit Survey.

The Window or the Mirror?

With due respect, however, to the researchers at the University of Pennsylvania, I would like to add one more  item to the list. I’ll pose it as a question, “Where do you look when things go wrong?” I’ve found when things go wrong that people look one of two places: out the window or in the mirror.

When people look out the window, they blame external forces for things that have gone wrong. It’s the economy, the competition, your stupid boss, or your lame web site. The list is endless, but the outcome’s the same. When results don’t meet expectations, looking outside the window seeks a solution external to one’s self, yielding your power to forces you cannot control. Long-term goals languish because victims don’t climb mountains, finish marathons, or bring revolutionary products to market.

When people look in the mirror, just the opposite occurs. They discover solutions to problems that lie within their power to control. Instead of being overwhelmed with guilt, they are empowered by the steps of action they can take to change the status quo. They reach their long-term goals in spite of the roadblocks in their way because they refuse to allow external factors to become an excuse for inaction.

And here’s a very, very important final point. Looking in the mirror doesn’t mean committing intellectual suicide. Yes, the economy has been challenging and your competition may be cutthroat. You may have a stupid boss and a lame web site. So what? Stop letting external forces dictate your success and stop being a victim. Perfection never exists, so get over it. And get on with it. Grit, true grit, find the guts within oneself to get things done, in spite of any obstacle or excuse. 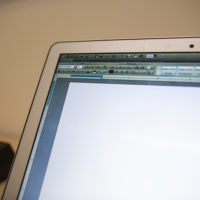 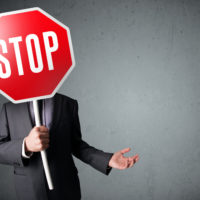 Control Conflict or It Will Control You

How Do You Measure a Year?