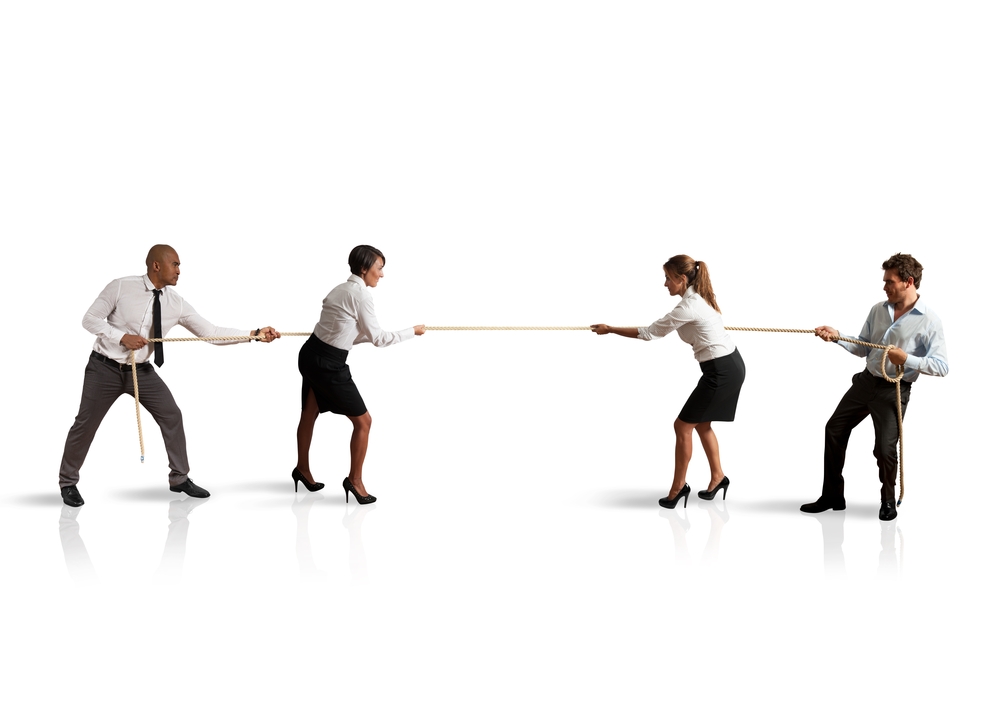 How to Coach the Strong Personality: Three Secrets

You’re stuck in a tug-of-war with no winners. Here’s help.

Having spent most of my professional career in the sales side of the business, I’ve had more than my share of strong personalities cross my path (You know who you are). I realized I needed these intense individuals to help me meet my goals, but had to learn how to lead them well or else I would lose my mind. So I made coaching this kind of person one of my strengths, and the people who possess this personality became some of my closest friends.

Here are my three secrets:

The driving force of the strong personality is this: they want to be heard. As a result, they will press their point until they feel they are heard.

The problem is that this behavior backfires on them, as other less dominant individuals withdraw in silence in the face of their verbal barrage. So the strong personality presses even harder, and the rest of the world withdraws in silence even more.

As a leader it’s your job to stop this unproductive cycle by listening to the strong personality and affirming what they’re saying. This does not mean you have to agree with them. That’s not even what they want in pressing their point so hard. They just want to be heard. So listen and show that you’re listening by reflecting back in their own words what you hear them saying.

Don’t patronize the strong personality. They can sense insincerity a mile away, and it will infuriate them. What you have to do is truly listen, being fully present in the moment (no faking it) and rephrase what they’re saying until they exclaim, strongly of course, “Yes, that’s it!”

Truly listening to this person, Secret One, will get you far in preparing them to explore another point of view. But when it’s time for you to speak, it’s critically important to frame your input in a certain way. Here’s that way: Respond to the bold declarations of the strong personality with an honest, authentic question.

Imagine that you want to help a struggling sales rep that a strong sales manager you supervise has on his team. As this sales manager’s boss, you know you can go directly to that sales rep, but you don’t want this leader to think that you’re conspiring behind his back. So you ask him about it.

His response to you is, “Absolutely no way! There’s no way I want you talking to Susan. You’ll completely undermine my authority with her and undo all the hard work I’ve put in teaching her how to sell!”

You now have three options:

You know from experience that neither option one nor option two will end well, so here’s how to do option three.

“You’re exactly right, Tom. You’ve put in an amazing amount of time working with Susan teaching her how to sell. A lot of lesser of leaders would have given up already. And I want you to know, from the bottom of my heart, that I would never do anything to undermine your leadership with anyone on your team. That kind of garbage gets us nowhere.”

“I’ve just found that sometimes a different set of eyes and a different voice can help people get unstuck. I was wondering how we can give that to Susan without undermining your great leadership and undoing all your hard work?”

Now don’t press for a decision. If you press for a decision, you’ll force the strong personality to react, and, being strong, they’ll react strongly. Let them think about it and come back to it later in the conversation or at another time. Not in a month or two, but later in the day or the next morning. And keep asking the question until you reach a mutually agreeable answer.

I’ve used this affirm/reframe process literally hundreds (thousands?) of times and have found that when I’ve done it with a true, honest heart and a servant-like approach to leadership that it works for me most every time.

I thought long and hard about using the word flatter for this third secret, because it’s so easily misunderstood. But I think flatter is the right word, as I explain later, but here’s what I don’t mean by it. I don’t mean by it that you lie or make stuff up. The strong personality will reject these kind of overtures completely and will never trust you again if you use them.

I do mean by using the word flatter the very best dimensions of that term: to praise this person, to compliment them, even charm them.

Here’s why this is needed. Due to the bold exterior the strong personality publicly portrays, most people wrongly assume they don’t need to be praised. Or when they do receive recognition, it’s about things they’ve done, accomplishments and achievements, never about who they are as a person.

So whenever I’m working with a strong personality, I always make it a point to praise them personally, even for silly things like the new sunglasses they just bought. That’s what I mean by flatter, recognizing this individual for who they are as a person. And trust me on this, you’ll be the only one in their life who does. Sad, but true.

Strong personalities, especially in the sales side of your business, are critical to helping you reach your goals. They are the hunters of our modern-day business world. Master your interactions with them by utilizing these three secrets—affirm, reframe, and flatter—and you’ll reap rich rewards, both personally and professionally. And that’s the point of leadership, isn’t it, getting results through people, not feeding your ego.