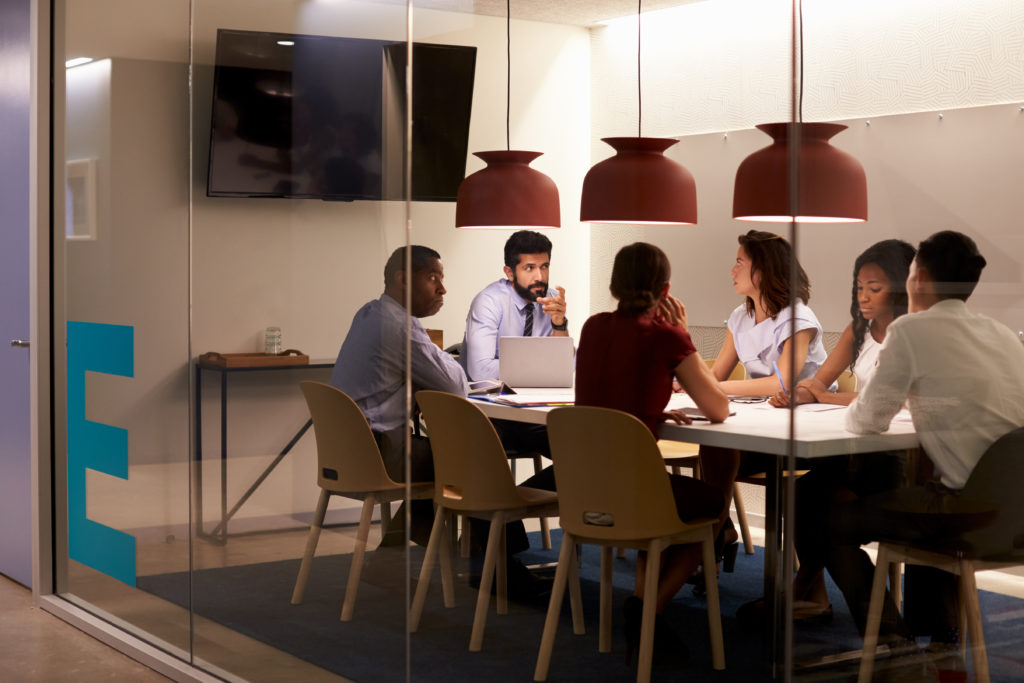 It’s great being a senior sales leader. There’s greater visibility within the organization and greater say in overall strategy. And, of course, there’s increased salary and status. That’s pretty great, too.

But there’s one thing that’s not so great. You’re removed from the frontline, sometimes by as much as two to three levels.

In fact, you can become so removed from the frontline that you’re completely out of touch with what’s going on in the real world of sales. Soon a slight slip in numbers one month becomes an all out disaster the next.

There are lots of things that can prevent this, but the most important one is conducting consistent skip level meetings with the salespeople your sales managers lead.

That statement, however, strikes fear in the heart of everyone involved: you, your managers, and their reps. But I’ve discovered, after decades of doing this work, that nothing keeps you in touch with what’s really going on in the field more than this practice.

Other than not having skip level meetings at all, here are three mistakes most managers make when conducting them:

1. Only having a skip level meeting when there’s a problem

The first mistake that occurs with a skip level meeting is waiting to have one until there’s a problem. By this time, there’s enough tension in the air that it’s next to impossible to make the process positive and productive.

Not only that, a struggling sales manager, who out of the blue is asked to arrange a skip level meeting, can sabotage this meeting for sheer survival’s sake. Savvy salespeople, too, sensing a train wreck coming, will clam up, knowing that once you go back to corporate headquarters, career prospects are entirely dependent on their direct supervisor.

None of these are good developments and the answer to them is making skip level meetings a positive, productive experience (more on this is a bit), and making them common practice.

I recommend conducting skip level meetings on a quarterly basis, but no less than twice a year. In this way they become standard operating procedure for deeper leadership development, not an emergency one-off. Also, when you conduct skip level meetings with this kind of frequency, they only take about 45-60 minutes each, or just half a day for the average senior sales leader. Not a bad time investment for staying in touch with what’s really going on at the frontline.

2. Doing a skip level meeting individually and not in a group

The second mistake I see in conducting skip level meetings is when a senior leader does them individually, meeting with salespeople one-on-one instead of the entire team.

This is a misguided attempt to elicit greater honestly, but it does just the opposite. In a one-on-one setting salespeople can say almost anything that pops into their head with little or no accountability. In a group setting, however, the comments of a more assertive personality are moderated, making it closer to reality. Additionally, when you pay focused attention to the response of the group—verbal agreement, nodding heads, raised eyebrows—you’ll discover whether what’s being said is actually true or a twist of the truth.

Finally, no senior leaders I know have enough time in their schedule to add a couple dozen more meetings to it, so they end up setting appointments with hand-selected salespeople once a year or so. This isn’t fair to anyone. It puts too much pressure on the individual salespeople being interviewed, which causes them to hold back their comments, and disenfranchises the salespeople who aren’t being interviewed, who, perhaps, are the very voices who should heard.

The final mistake senior leaders make in conducting skip level meetings is using them as a fishing expedition for finding a sales manager’s faults. Human nature being what it is, when asked for another person’s faults, we’re more than willing to comply. This turns a skip level meeting into a gripe session, not a positive, productive experience.

A positive, productive skip level, however, spends as much time discussing what’s going right as it does discussing what going wrong. It approaches the meeting with balance and a belief in the leader being reviewed.

The tone of a positive, productive skip level is set right at the start by asking the question, “What’s Tom doing well?” and taking the time to answer that question fully and completely. The next question is, “What could Tom do better?” That is, asking about things he’s currently doing, but could be doing more. And then finally, “Is there anything that Tom should stop doing?”

Note the progression of these questions. This is exactly how a skip level meeting should be conducted, with equal time given to each.

This tone, however, first starts in the way you think about a skip level meeting. The mental image is not a cop trying to catch someone doing something wrong, but a coach, truly seeking to find ways to work together with your leaders to affirm what’s going well and address what’s not going so well. Positive. Productive.

Once we eliminate the mistakes that make skip level meetings ineffective, here are three steps for conducting them well:

Start your skip level meetings by stating their purpose: for everyone to get better at what they do. Repeat the three questions you’re going to ask: What’s Tom doing well? What could Tom do better? And is there anything that Tom should stop doing? Emphasize that you want as much positive input as constructive input, and that you’re there to listen and learn.

It’s also important to explain what a skip level is not. It’s not an attempt to terminate Tom. It’s a regular practice that you as a senior leader are seeking to follow to stay in touch with what’s going on in the field. Neither is it an attempt silence the reporting of workplace violations. If Tom, or anyone in the organization, has harassed or abused another employee, these actions will not be tolerated in any way. Request to have them brought to the human resource department immediately.

The point, of course, of a skip level meeting is to listen to what’s really going on in the frontline of sales at your company. Don’t use this meeting as a way for you to defend the latest corporate policy or talk about a new product rollout. Save that for another meeting. This is a time to listen, listen, listen.

Ask the questions listed above. Ask them again. Double and triple click on these questions with words like, “Tell me more …” and, “How so?” Paraphrase and reflect back what’s being said until the people in the room exclaim, “Yes, that’s it!” Keep repeating this process for the entire meeting.

This is also a time to gather market intelligence. More than any other group of people in your company, frontline sellers are in touch with what’s going on in the field. Ask about what prospects and customers are requesting. Ask about what competitors are offering. Ask about product, pricing, and positioning. Listen and learn.

It was a salesperson who alerted Intel in 1979 that Motorola had developed a faster, easier to program microprocessor and was killing them in the marketplace. Intel’s President and Chief Operating Officer, the legendary Andy Grove, listened to that salesperson, and the rest is history.

Finally, a successful skip level meeting faithfully follows through with what went on in the room. This follow through takes place in three ways: with each manager, with the sales reps, and with another next skip level meeting.

Following through with each manager involves talking to them first before anyone else regarding their skip level meeting and giving them a chance to respond. Cover completely what this leader is doing well and then share what this person could be doing better. Own the stuff you should own. If you haven’t prepared this leader for the challenges her or she is facing, honestly admit that and get better together. Be clear and caring, honest and humble.

Follow through with the sales reps by thanking them for their input, communicating changes you and their manager plan to make, and explaining anything that can’t be changed with reasons that make sense. Finally, schedule another skip level meeting in a few months and repeat the process all over again in—yes, you guessed it—a positive and productive manner.

What will happen as a result of all of this—and I’ve seen this come to pass—is that your leaders will look forward to a skip level meeting as an opportunity to receive feedback from someone who truly believes in them and someone who helps them become the very best at what they do.

A Desk Is a Dangerous Place …

One final comment. I prefer to have another person with me in a skip level meeting. The role of this person is to capture the commitments of the meeting. For obvious reasons, a skip level meeting is not recorded, so it’s essential to write down what’s being said. I like to stay live in the moment, asking questions and engaging in conversational interactions, and have someone else taking notes.

Due to the confidential nature of the meeting, more than likely this person will be from the human resource department. That’s fine, but, again, explain what this does not mean: no one’s getting fired. Another person, especially a seasoned human resource specialist, can also be an additional set of eyes and ears in the room.

Get out from behind your desk. Go to the frontline on a regular basis. Ask questions, listen, and learn. Sales will soar as a result.